The tasks of the CYBATHLON are particularly difficult for the Smart ArM team and its pilot Christophe Huchet. Unlike many other participants, he has to control a prosthesis that is attached to the upper arm. Such prostheses are the specialty of Smart ArM. Their device is characterized by an innovative control architecture and the sensomotoric control strategy linked to it. "Our prosthesis reacts to body movements without the user having to send a specific command," explains team manager Nathanael Jarrasse. The Smart ArM team brings together researchers from the Institute of Intelligent Systems and Robotics (ISIR) at the Sorbonne university in Paris, the Institute of Human Movement Sciences (ISM) at the University of Aix-Marseille and clinicians from the Institute of Physical Medicine and Rehabilitation in Nancy.

"The biggest challenge for us at CYBATHLON is the task in which Christophe has to hammer in a nail," emphasizes Nathanael, "to execute this movement precisely with a prosthetic elbow is complex. We hope that we will be able to manage such dynamic movements more efficiently in the future". The pilot's sporting past is a plus for the team, Nathanael states: "Christophe is a great asset to the team with his competition experience, exceptional energy and enthusiasm.”

"As a swimmer, I won national championships several times in both normal and Paralympic disciplines," says Christophe Huchet, who was born without his right forearm and elbow. In 1995, he was disqualified for the first time at a swimming competition for non-disabled people because he had’t touched the end of the lane with both hands. This kept repeating itself dozens of times until the rules were changed. Christophe had fought through legal channels to ensure that people with a disability could participate in non-Paralympic competitions without being disadvantaged by the rules.

"The CYBATHLON brings me back to the competition. But this one is for the common good, it’s about advancing technology and doing something for humanity". In everyday life Christophe does not wear a prosthesis – he was born with one arm and gets along well without a second one. Nevertheless, he is taking on the challenge of operating a prosthesis with two joints – elbow and wrist – which is even more difficult than controlling a forearm prosthesis with only one joint. "The Smart ArmM is easy to operate and control," the Frenchman says. With his participation in CYBATHLON, he wants to bring together people with and without disabilities. "With the Team Smart ArM I have the chance to make a valuable contribution."

Become a fan of this team!
Smart ArM
Visit website

Here we are, the Cybathlon is over now!

We ended 10th despite the fact that Christophe was the only one to have to deal with a robotic elbow in addition to the wrist and hand. We are all really happy and proud of our participation! 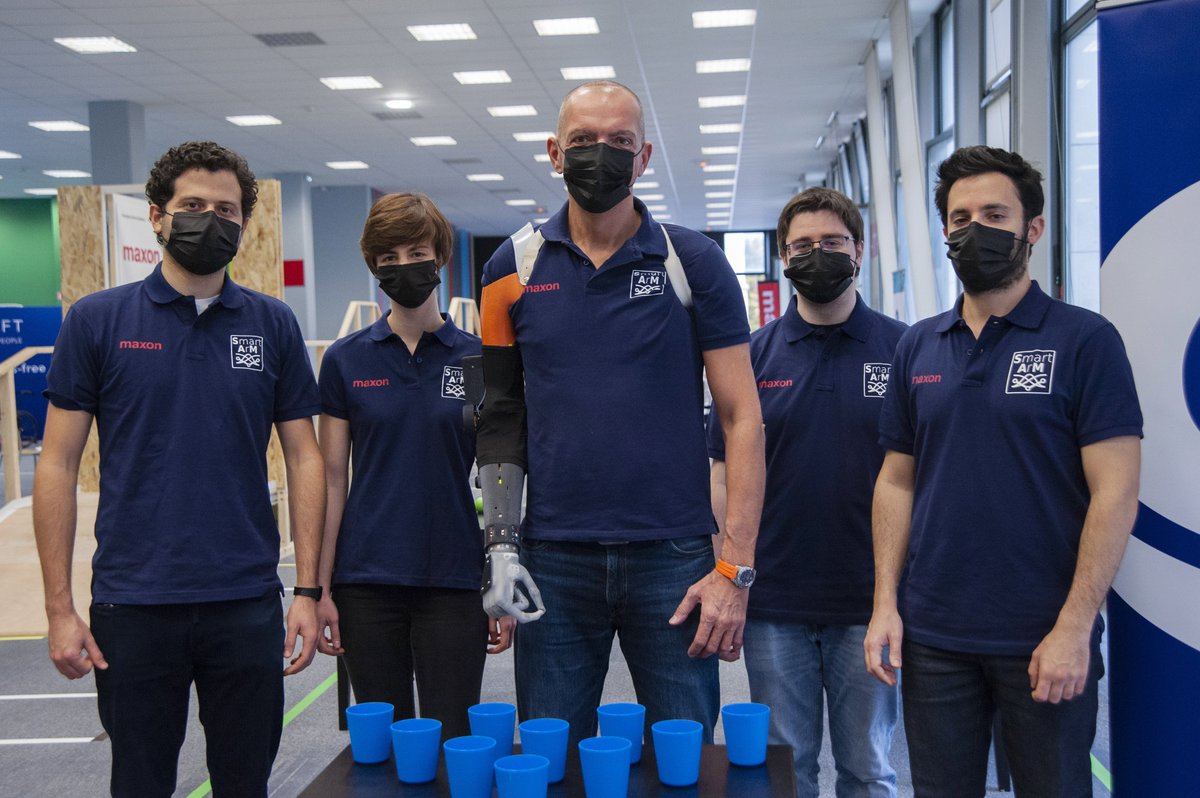 Here we are, the #cybathlon2020globaledition is over now !

We ended 10th despite the fact that Christophe was the only one to have to deal with a robotic elbow in addition to the wrist and hand.Christophe was a little disappointed because he met troubles that never happened to him before but we are all really happy and proud of our participation !

For those who missed the show, you can find a replay on https://cybathlon.ethz.ch/en/event 📺

We'd like to thank all the people who supports us, ... 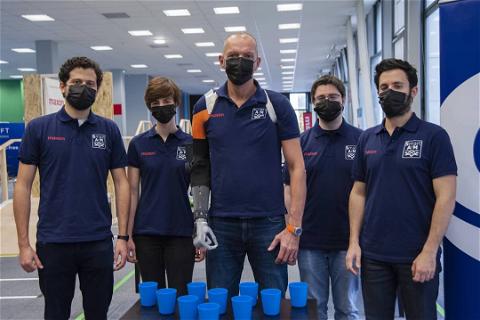 The Powered Arm Prosthesis Race is now on https://t.co/y7kDJaLgt1 !

It's the D-Day for the #cybathlon2020globaledition !
Follow the competition in live on www.cybathlon.fr at 5pm for the Powered Arm Prosthesis Race ⏰ 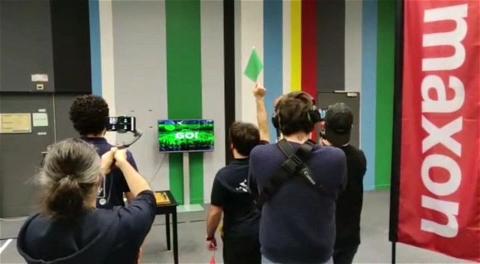 That's it... Christophe is actually competing for the #cybathlon2020 !

Regarding the situation of all countries, the Cybathlon races are prerecorded and will be diffused on https://t.co/cmppIbZNUd on 13 and 14 November ! (Powered Arm Prosthesisis scheduled at 5pm tomorrow 😉) https://t.co/pGAOZ5tpGB 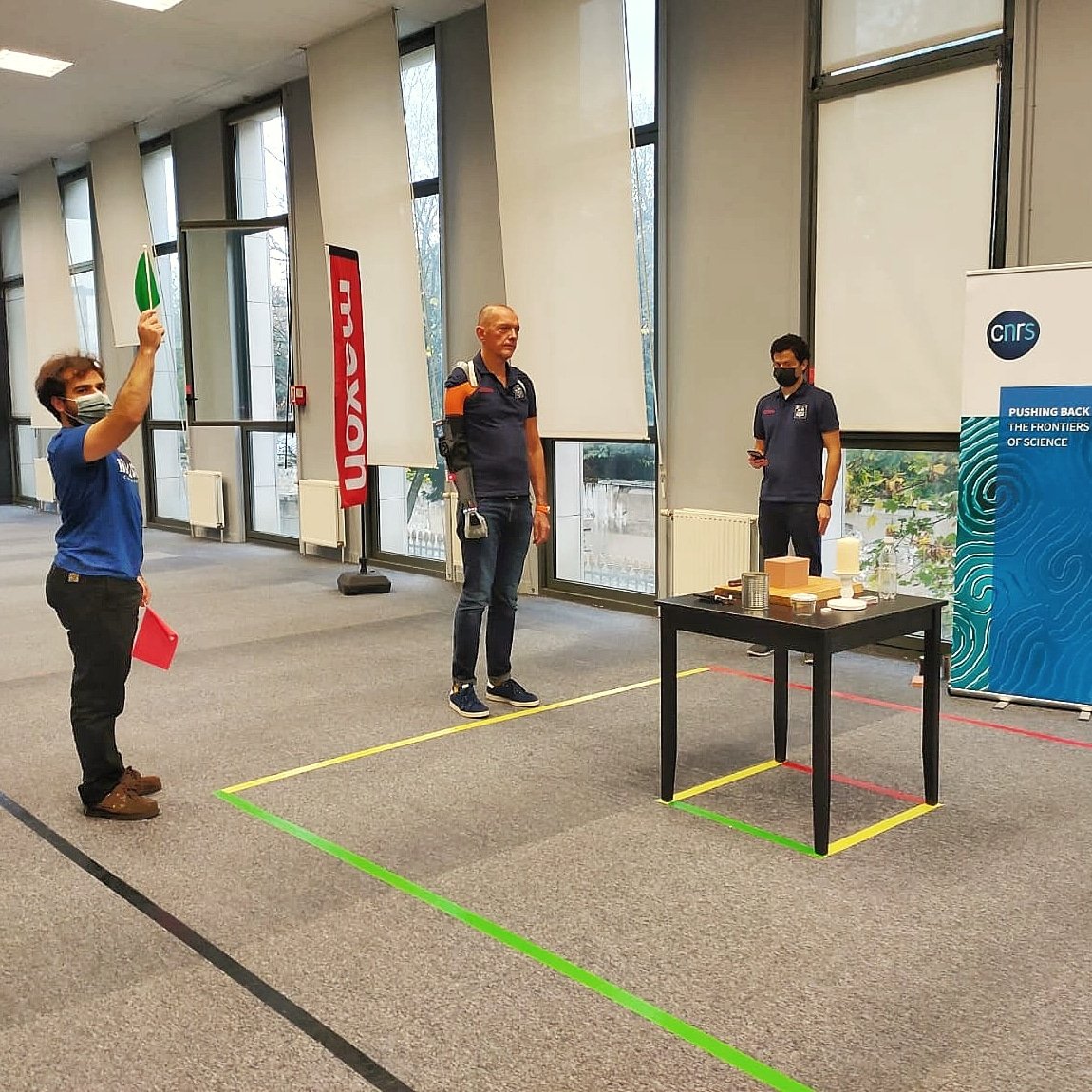