This was the CYBATHLON 2020 Global Edition 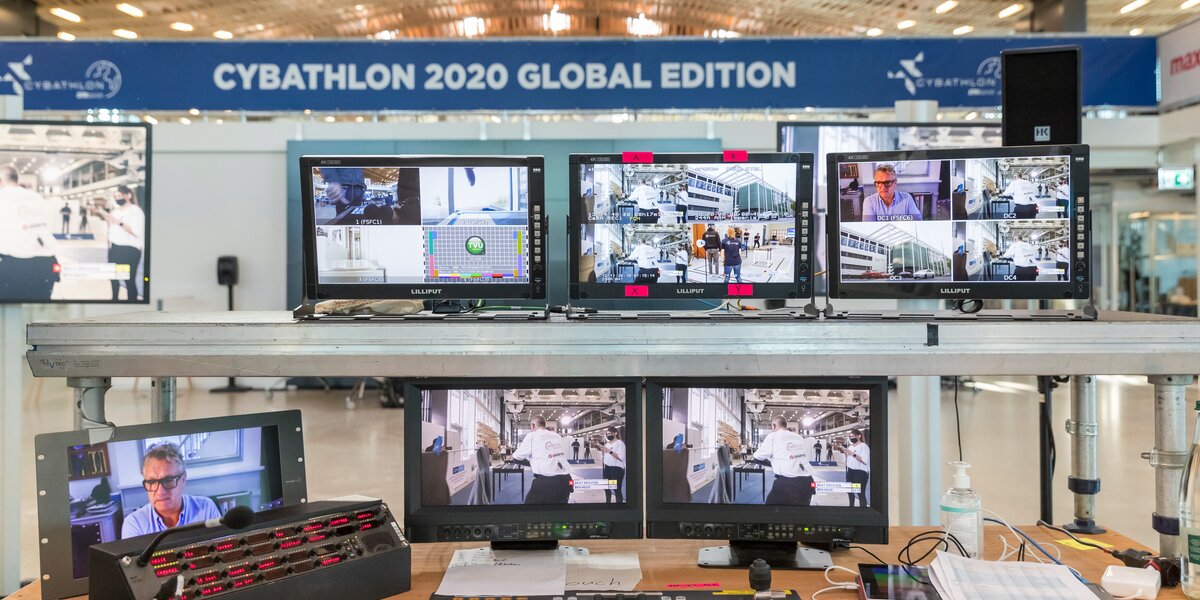 Today was the last day of the CYBATHLON 2020 Global Edition. In total, 51 teams from 20 countries competed against each other, completing everyday tasks with the help of state-​of-the-art assistance systems. Due to the Covid-​19 pandemic, the teams competed for the first time in different time zones and locations. Apart from the winning teams, the technological advances attracted the most attention, as they also promote social inclusion.

Highlights of the CYBATHLON 2020 Global Edition

Four years after its world premiere, the second edition of the CYBATHLON finished today. The last 48 hours were not only a thrilling showdown for the pilots, but also for spectators around the globe and everyone involved in organising the CYBATHLON. This week, 51 teams from 20 countries put their assistive technologies and fighting spirit to the test after years of preparation. Due to the Covid-​19 pandemic, the pilots participated in the competition in a specially designed “lockdown mode” in their respective home countries. Each competitor had three hours in which to make three attempts at an obstacle course, with the best attempt counting towards their result. Race results and winners were not revealed – even to the teams themselves – before the CYBATHLON organizers streamed the races in the live event held yesterday and today.

The CYBATHLON consists of six disciplines for humans and their technologies: a virtual race with mind-controlled tasks (BCI), a bike race with electronic muscle stimulation (FES), and obstacle courses for those racing with arm prostheses (ARM), leg prostheses (LEG), robotic exoskeletons (EXO) and motorised wheelchairs (WHL). Between five and 13 teams competed for the win in each discipline. Switzerland sent a total of ten teams to the competition, five of which have ties to ETH Zurich. Teams from the same country competed in the hubs at different times. In Switzerland, two hubs were used: one in Zurich at ETH Zurich's Hönggerberg campus and one at EPFL. Official CYBATHLON referees were on site to enforce the rules and judge the attempts at all race venues around the world. Rolf Schoch, an exoskeleton pilot on Team VariLeg enhanced 2, succeeded in setting a personal record. He is pleased with the outcome: “Organising the event in this way was the best option considering the situation. Although I missed the atmosphere of having a live audience, it made me a bit more focused.”

Overcoming obstacles – in society too

Joël Mesot, President of ETH Zurich, followed the competition: “Universities have social responsibilities. Technology should serve people – not the other way around. The CYBATHLON is a particularly impressive example of how humans and technology can create unity.” The spectators are sure to have experienced plenty of emotional moments at the CYBATHLON. Roland Sigrist, the CYBATHLON’s Executive Director, believes one factor is particularly important: “The teams are not only competing to win the CYBATHLON, they’re also helping to improve assistive technologies for people with disabilities.” The CYBATHLON was started by ETH Zurich with the aim of placing people at the center when developing assistive technologies. The competition provides a forum in which people with physical disabilities, technology developers, and the public can interact. CYBATHLON not only raises awareness, but also stimulates global synergies to further the current state of technology and promote inclusion.

About 70 people were involved in the planning and implementation of the CYBATHLON. The uncertainty due to the pandemic was a challenge that required the organisers to remain flexible. “We are proud of how we managed to quickly find a suitable platform for hosting the CYBATHLON for all the participants, allowing them to demonstrate their skills and technological advancements. I would like to thank the organisers in all the participating countries for their hard work and flexibility,” says Sigrist. Looking ahead, he also notes: “ETH Zurich has decided to host the next CYBATHLON in Switzerland. The organising committee will discuss the experience of this CYBATHLON 2020 Global Edition, and consider how the innovations and ideas from this format might be incorporated in the years to come, particularly in 2024.” Sigrist says that the format for CYBATHLON 2024 will ultimately depend on the current circumstances at the time.