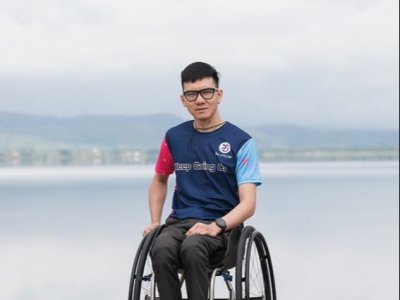 Phuchong Saiudomsin, also known as Bas, first became interested in cycling at the age of 12 after watching the Tour De France on television. He later joined the Thai national road cycling team and finished fifth in the Southeast Asian Games at the age of 19. With that, Bas began his career as a professional cyclist, riding for club and professional cycling teams in France, Korea, Malaysia, Singapore and Thailand. The accident occurred in 2020 during a training session on the road, where Bas was thrown into the air by a stone on the road and hit his back on a guardrail. Since then, he has been paraplegic and lost feeling below his waist. Bas picked himself up and was determined to continue his life, running his bicycle business in his hometown of Phayao and also working as a scout and coach for the Thai Cycling Federation and the Royal Thai Air Force Cycling Team since 2022. 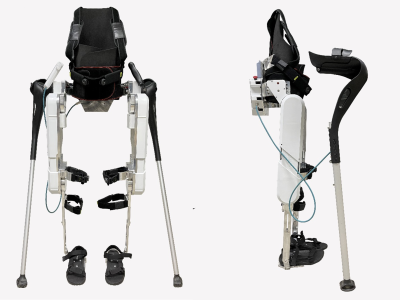 Our research prototype is a microprocessor-controlled exoskeleton robot. The version shown in the picuture was designed for leg movements in the sagittal plane and was intended for use with crutches. For the 2024 Cybathlon, the team is working to design and build a new version with features that exceed the previous one and that is suitable for the new competition tasks.