“Hands On” stands for an active prosthesis and aims at giving a prosthesis to those who need one but have no access. The Chinese team Hands On represents University of Science and Technology in Shandong. CYBATHLON 2016 inspired them to start developing a forearm prosthesis. 2020 they are competing with their own device.

The prosthesis consists of a gripper-like prosthetic hand and a ring-shaped, portable control unit which the user wears on the index finger of the intact hand. "We want to produce cost-effective and lightweight prostheses using 3D printing techniques. Our goal is to develop a prosthesis that is extremely easy to use and at the same time has a reliable and effective control mechanism." explains Anrand Li, who acts as team manager at CYBATHLON 2020.

"I am a doer and I like to build things" says Xinglong Li. For example, he designed his own arm prosthesis and presented it on the internet. Shortly afterwards he found and joined the team “Hands On” with which he will participate at CYBATHLON 2020. Together, they are working on a cost-effective prosthesis. The Chinese man is practising regularly for the CYBATHLON at home. "The wire loop task is difficult for me, because I am blind in my right eye, so I can hardly estimate distances," Xinlong says. He had to have his his left forearm amputated after an accident in 2014 in which he also lost his right eyesight.

"The focus of our prosthesis is on ease of use and performance, but it does not look natural. I am a salesperson and when I work I wear an optically natural prosthesis. If I don't, I feel very uncomfortable because everyone looks at me strangely.” That’s why Xinlong wishes the forearm prosthesis he helped to develop is going to look natural in the future. “Then I can use it in everyday life and benefit from its performance." he says. 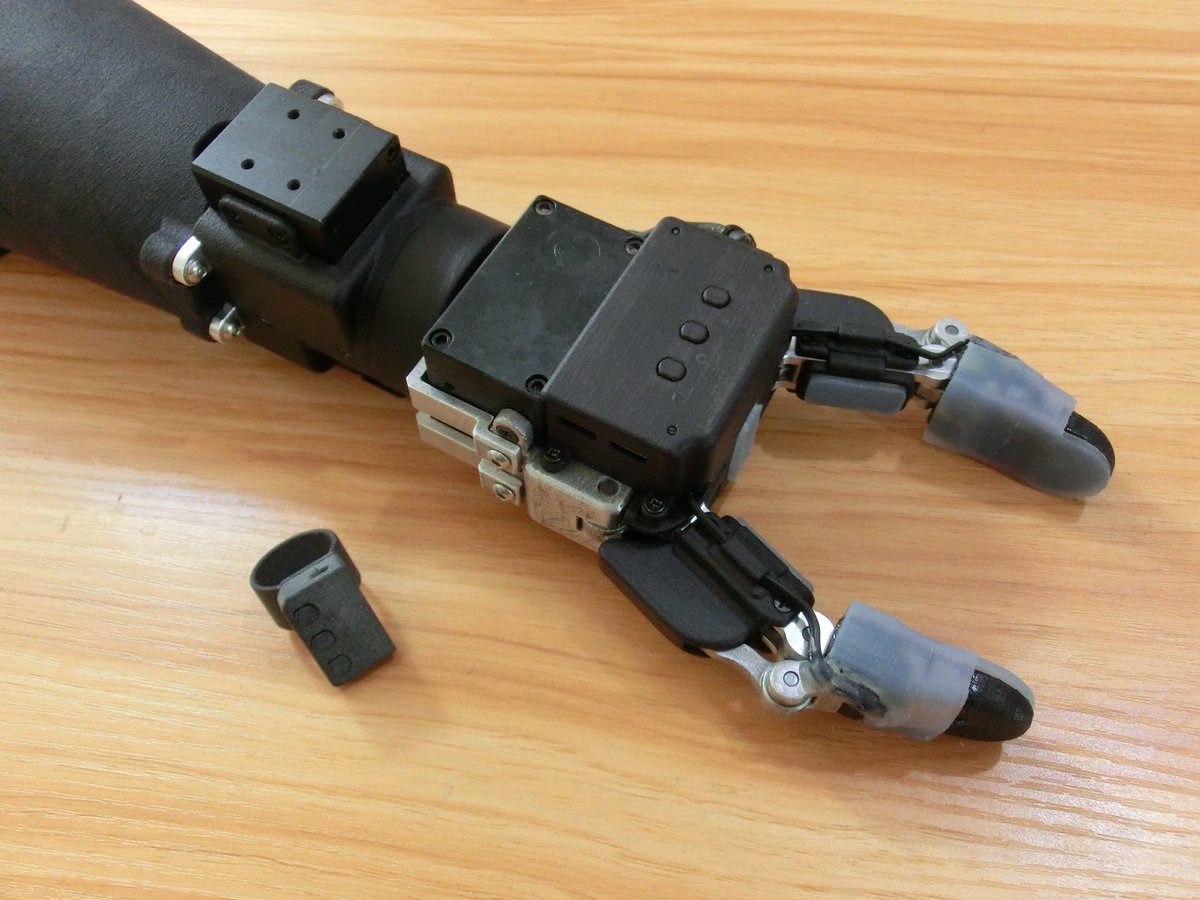 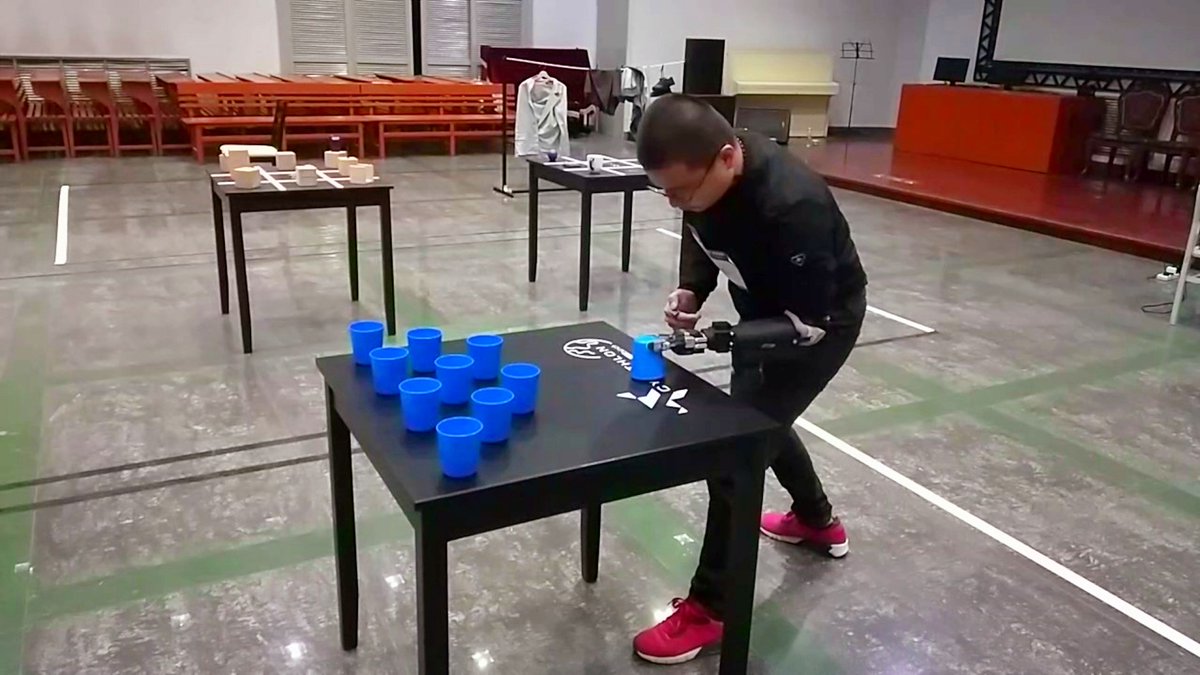 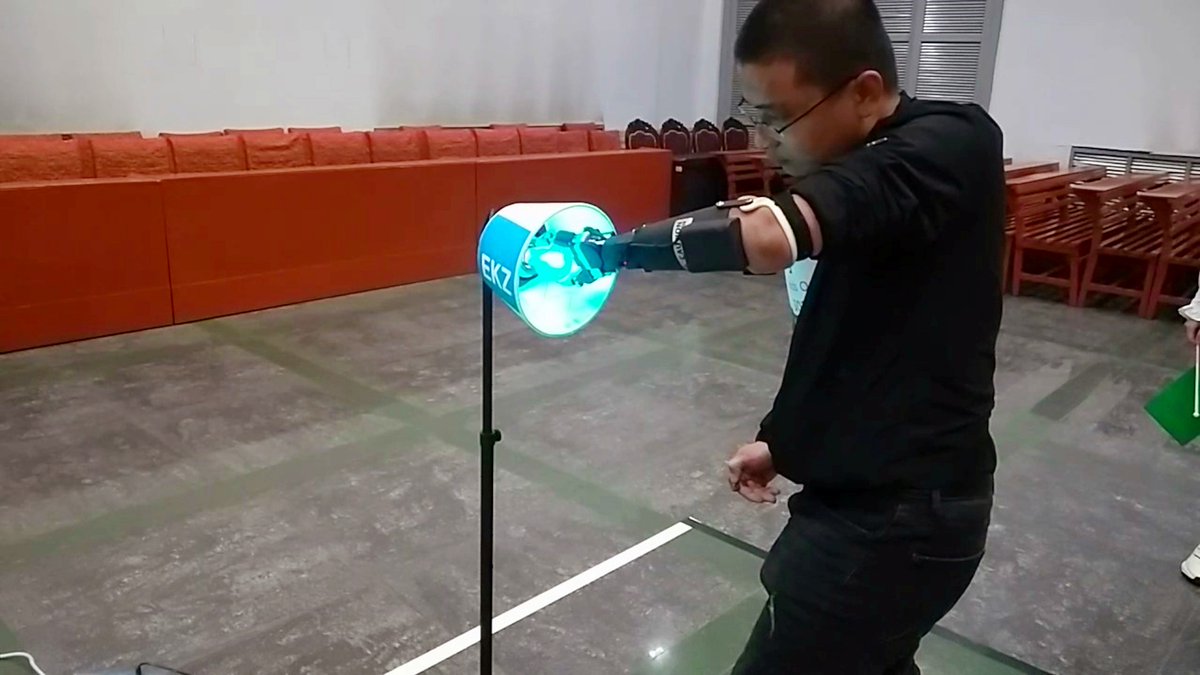