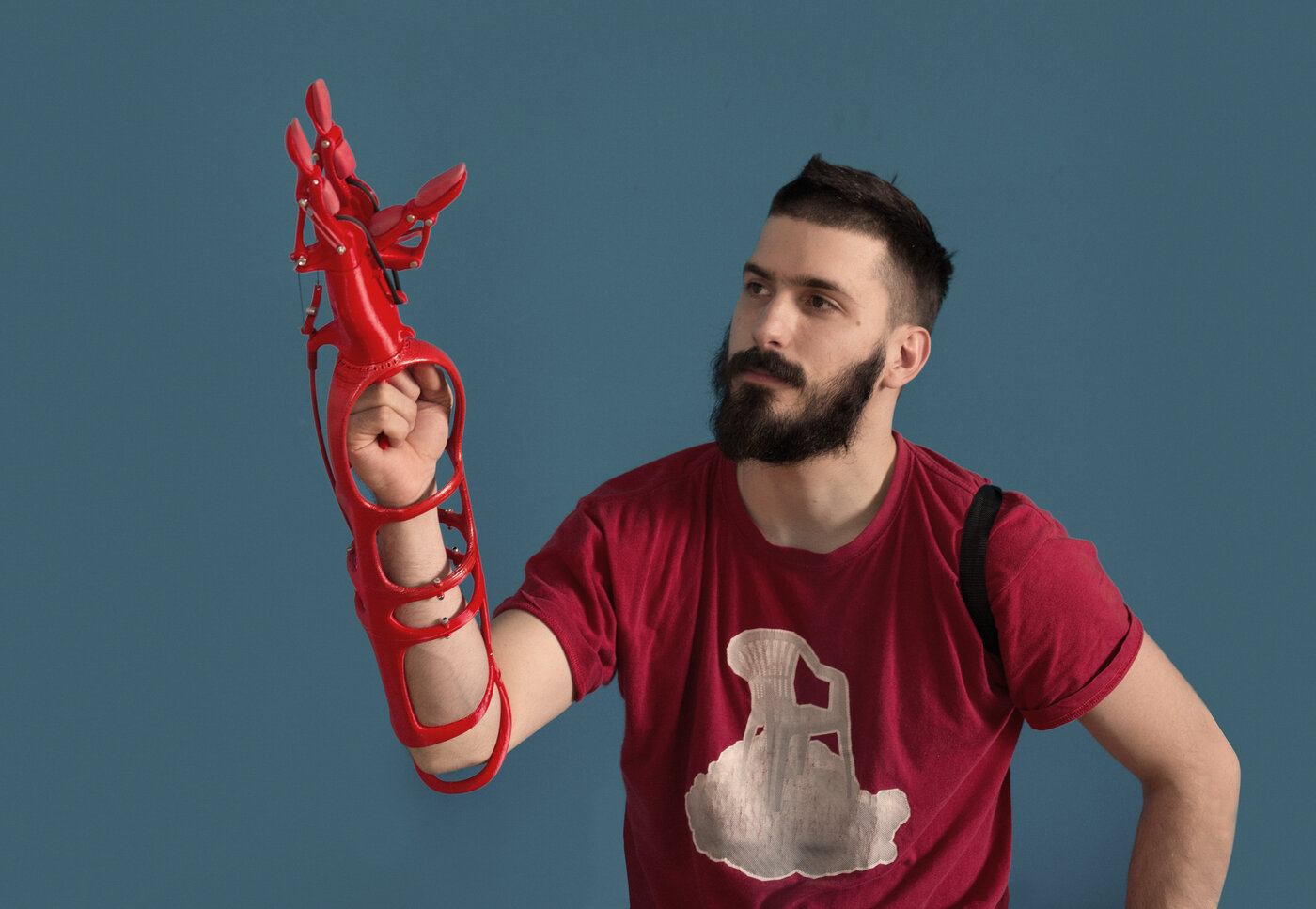 One morning, industry design student Andrej Đukić was laying in bed, hurting so badly, that he was unable to get up. The reason was a post-traumatic arthritis in his right ankle and right wrist. During that time, the young Croatian was looking for a project for his master’s thesis. “I thought about designing a prosthetic leg, but I realized that if I could not use both my arms, I would not be able to build it,” he recalls, “That was my motivation to build an extremely affordable, 3D-printable arm prosthesis whose main purpose would be extensive functionality." Andrej baptised his prosthesis Maker Hand, CYBATHLON 2016 inspired him to give it all functions needed for this competition.

Andrei's approach is unique, as he says himself: “I don’t try to replicate the human hand which, I believe, current technology is not capable of. Instead, I try to provide users with the greatest possible functionality by a simplified prosthetic hand, a so-called prehensor.” To democratize the access to technology is another goal of his: “I want to offer a functioning solution to people who are missing an extremity without burdening them financially. I did so by using inexpensive materials and 3D-printing. It is an open-source project, so everyone has access and can theoretically build the prosthesis by herself or himself for very little money." Andrej explains.

"Honestly, I was happy to be invited to become part of Maker Hand. I like the competition and would like to help Andrei present his project. I always want to be first, that's just the way I am," says Krunoslav Mihic. The Croatian has lost his right hand in an accident five years ago. Since summer 2020, he uses the Marker Hand, with which he will participate in CYBATHLON, also in his private life. At home he is training every day for the contest. "After the accident it was difficult at first, to deal with the strange looks of other people. Some of them looked at me as if I was some kind of alien. But I am satisfied with the prosthesis, it’s light, has a good grip and allows me to use the remaining freedom of movement of my forearm," says Krunoslav.

Become a fan of this team!

RT @MrStevenSteele_ The fact that Elon Musk seems to upset the worlds most annoying people, makes me like him even more.

As an engineer (wannabe), the only time I'm happier than when I come up with a new feature is when I find a way to get rid of one.

Dominik tries out the new version of the Maker Hands for the first time! Check it out! https://t.co/QQ4VIwW2qk

You can get the kindle version for just a buck at: https://t.co/7tXfoNSsU8

New project update on the Patreon: https://t.co/DShpgnzgyG I discuss a new thumb locking feature that allows a wider grasp. I will keep the post unlocked for a day so that you twitter folk can see it too if you're interested! 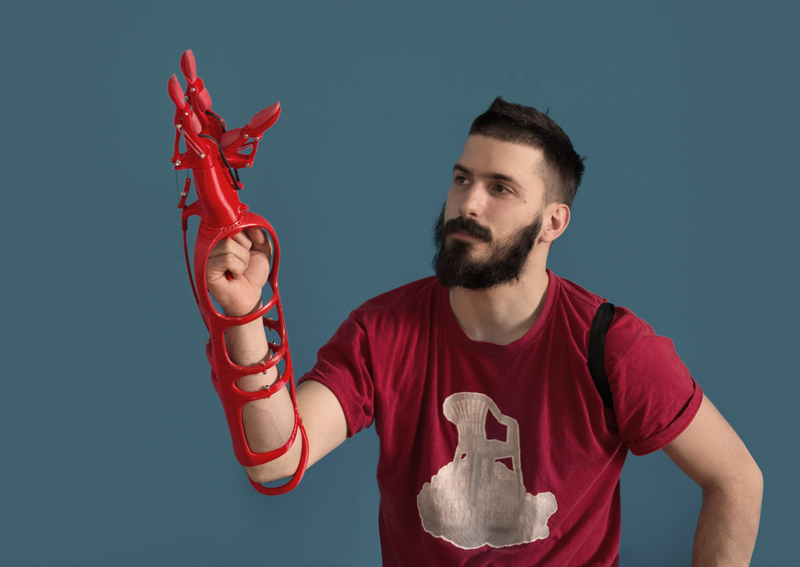