Team Mirage91 has already participated in CYBATHLON 2016. How long research on BCI technology has been going on at the Graz University of Technology is reflected in the team name: It stands for Mind Racing Graz Established 1991. The BCI Lab was founded in 2014 and since then numerous students have been working on partial aspects of the system as part of their bachelor or master thesis and have continuously improved it. Team manager Lea Hehenberger explains: "It’s a very good project for the students to gain experience in the BCI field. Training together with the pilot is a valuable experience and the increased media presence will also bring the topic closer to the public".

Thinking of CYBATHLON 2020 and the new game that will be played, Lea sees the timing in the "HEADLIGHT zone” as a special challenge, because the pilot there has to react as quickly as possible to changing environmental conditions with the right command. Even for experienced teams, the tasks of CYBATHLON are not getting any easier.

“To control a computer game with my thoughts? Sounds exciting.” That’s what Pascal Prietl thought, when a doctor asked him in a rehabilitation center. “After the first contact with the team, we really got going. Since March 2019, I have been training with the team regularly at the university or at my home,” recounts the Austrian. “First we tried out different paradigms to find the right mental tasks for me. We have a lot of fun as a team, our relationship is great. And it's great fun to play the game!" Thirteen years ago, Pascal had a traffic accident and since then is paralyzed from his neck down. "The doctors' prognosis regarding independent breathing, motor function and sensory perception was not promising. I’m very happy I can say today that my recovery compared to my first diagnosis was excellent – as a result, I have gained more independence in everyday life".

5th place for us. Congratulations to the winning team from Italy and to the other participants, it was a great event. We are already looking forward to the next competitions 🧠🎮 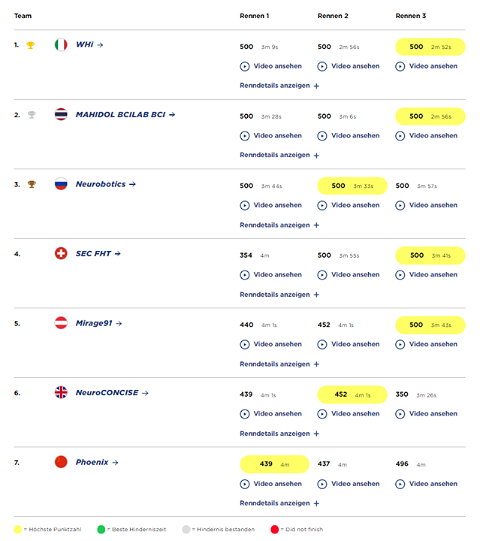 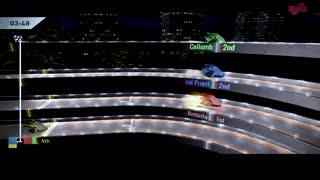 Today's the day! The #CYBATHLON2020GlobalEdition will be broadcasted. The BCI competition will be streamed at 4 pm. Check it out and see how we performed at: cybathlon.com 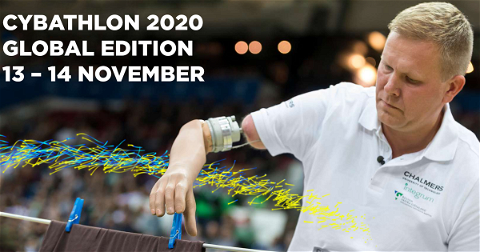