This is the CYBATHLON 2020 Global Edition 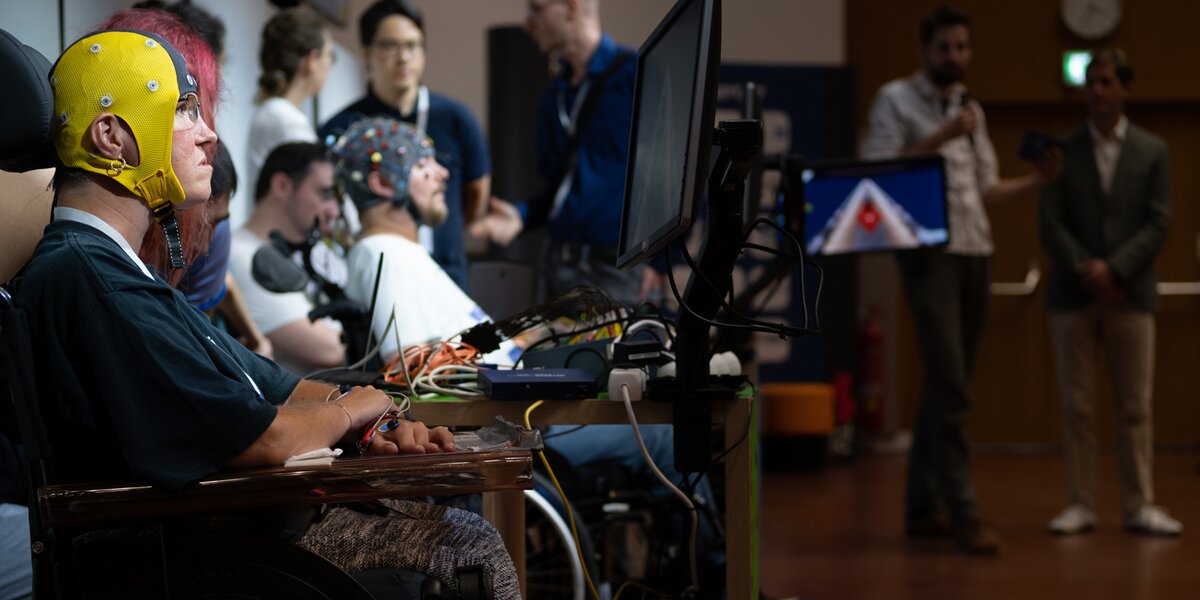 More than 60 teams from all over the world will compete in this year's CYBATHLON. A unique new platform will bring together highly motivated pilots participating in the established disciplines from around the globe. Here is what you can expect from the CYBATHLON 2020 Global Edition.

From Cleveland to Paris; from Moscow to Hong Kong; and from Melbourne to Tokyo – the CYBATHLON 2020 teams come from all over the world. For this year’s competition, they would have travelled to Zurich, along with dozens of colleagues, fans, and media representatives.

However, as for most international events, the corona virus motivated an innovative change in plans. In order to protect the community and considering global travel restrictions, the CYBATHLON Organising Committee voted against a big in-​person event. The Committee members were still adamant that after months of preparation the event, which fascinated thousands some four years ago, should not be cancelled. Creating a unique online platform with revised event formats presented a viable solution that allows the competition to take place remotely.

Therefore, the teams will not travel to Zurich on 13 and 14 November as originally planned, but instead will set up their own local infrastructures and join the competition from their home countries. The Organising Committee will support the teams remotely and CYBATHLON officials provide support on-​site. The officials will also act as referees and perform the required technical and medical checks. “Thanks to ETH Zurich and past events abroad, we now have access to a large international network who are happy to support us for the CYBATHLON 2020,” says Executive Director Roland Sigrist.

Some teams have already built parts of the competition infrastructure, based on official instructions, for training and development purposes. Otherwise they will do this now. Various materials are readily available for purchase from predetermined furniture stores, and additionally, depending on the discipline, CYBATHLON will ship a variety of objects to the venues around the world.

For instance, specific boxes for a tactile manipulation task as well as jam jars for the Powered Arm Prosthesis Race will be mailed to the teams. “There are certain reasons for this,” explains Lukas Jäger, Head of Competition. “For the tasks to be fair, they must be uniform. For example, the lids of the jam jars must all be screwed on with the same torque.” The boxes for the tactile task are custom-​made by ETH Zurich’s own in house carpentry.

Bike Race on the Smart Trainer

Since the teams must build their own infrastructure, the CYBATHLON organisers adapted the content of some races. A standardised foam cube in the Powered Arm Prosthesis Race, for example, will replace bread, which would have to be sliced, and common wooden boxes replace the previous hurdles in the Powered Leg Prosthesis Race. Lukas Jäger explains, “Buying a few boxes and stringing them together is much easier than building hurdles according to exact specifications.”

The Powered Exoskeleton Race, the Powered Wheelchair Race, and the Brain-​Computer Interface (BCI) Race – a virtual game controlled with the mind – remain unchanged, as do the principles of the races. The aim is still to score as many points as possible in as short of time as possible in order to test how user-​oriented assistive devices really are in everyday life.

A key change is the competition environment. Approximately 60 registered teams come from more than 20 countries, spread across the globe. This means that the pilots will not start directly next to each other on parallel tracks, but independently of the other teams. Country hubs, where teams from the same country will come together to compete in one place, represent the exception.

Globally, there will be some 40 different hubs, where up to five teams will compete. For example, four Japanesse teams will form a hub in Tokyo and five Russian teams will form a hub in Moscow. “These hubs are not only efficient, they also capture a bit of the stadium atmosphere and bring together people with and without disabilities – as far as local protection measures due to the corona virus allow,” says Anni Kern, Head of Teams.

The largest hub will be at ETH Zurich. Ten Swiss teams complete their races in the Arch_Tec_Lab, a spacious hall for construction robots on ETH Zurich’s Hönggerberg campus. The Swiss teams represent ETH Zurich as well as other national universities and organisations, and they will compete in all six disciplines.

More than a Competition

The pilots not only start their races at different locations, but also at different times. Each team will start at a specified time and will have three attempts to complete the course. The teams will film all of their races and send the video material in real time to ETH Zurich. From there, the footage from all over the world will be assembled into a unique program. This coverage will include not only the qualification races, but also stories about the pilots, background reports on the technologies, and interviews with experts. Spectators can follow all of the action live on www.cybathlon.com.

Because the CYBATHLON is more than a competition. It is a unique platform with the goal of creating a world without barriers.