Join us live at the CYBATHLON 2020 Global Edition 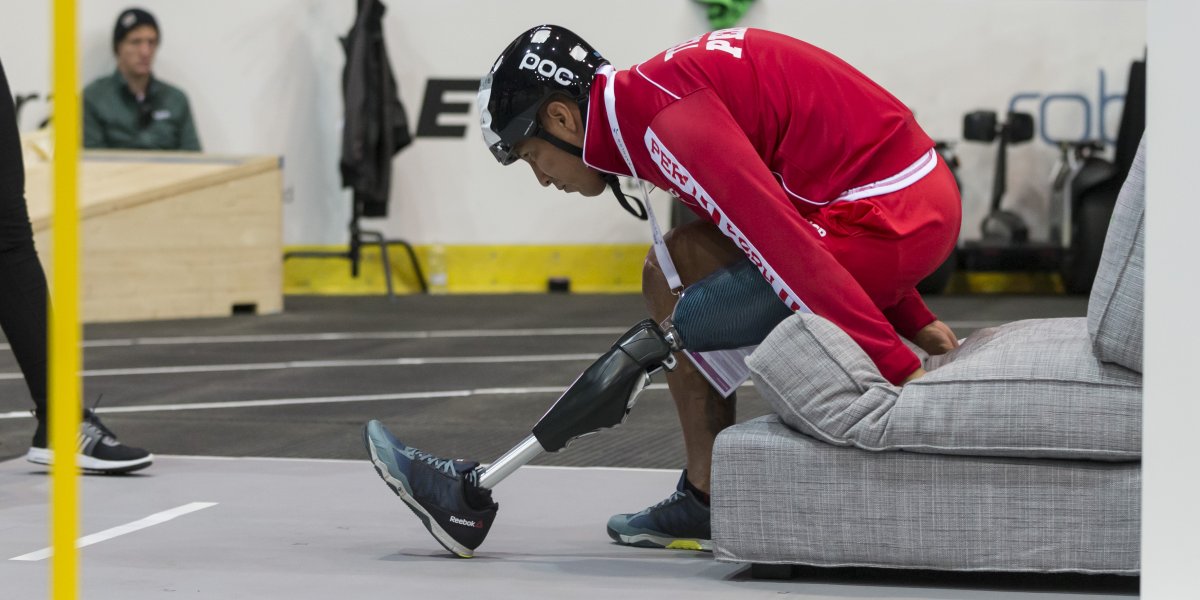 On 13 and 14 November, the CYBATHLON 2020 Global Edition will be broadcast on the new CYBATHLON website. In this one-​of-a-kind championship initiated by ETH, individuals with disabilities compete using the latest assistance technologies. Over 50 teams from around the world will be taking part in the qualifying rounds.

With COVID-​19 cases soaring in Switzerland and many of the participating countries, the CYBATHLON organisers decided to stage the championship in a new format: over 150 races in the six disciplines – Brain-​Computer Interface Race, Functional Electrical Stimulation Bike Race, Powered Arm Prosthesis Race, Powered Leg Prosthesis Race, Powered Exoskeleton  Race and Powered Wheelchair Race – will be filmed in advance between 7 and 13 November in each team’s home country.

Each team is given three attempts to complete their race in a three hour timeslot, with local CYBATHLON timekeepers and referees adjudicating on site. The best attempt will determine their final ranking. The race results will remain confidential until broadcast on the Cybathlon website on 13 and 14 November.

Livestream with races and commentary

The livestream will devote one hour to each discipline, and show the final of three race attempts for all of the teams. The end of the hour will feature the final races of the top four teams as well as a brief celebration of the winning pilot and team. Rounding out the pre-​recorded races and live commentary, the programme will feature a behind the scenes look in which viewers will learn the stories of some of the teams. With a host presenter from ETH Zurich and a UK commentator, experts will discuss recent advances and performance of assistive technologies, as well as, societal acceptance and inclusion of people with physical disabilities. Viewers can expect programme subtitles in several languages and translated into sign language.

After the weekend, all the races (i.e., full-​length coverage of each team’s three race attempts) will be accessible on the platform. “Coronavirus has meant that the teams have had to deal with a great deal of ambiguity, changes, and adjustments in the run-​up to the competition. It’s fantastic that so many have given their all and are taking part,” says Roland Sigrist, Executive Director for the Cybathlon. In this eventful year, we hold to the motto: It’s all about being there.

The original version of this text has been published in the ETH News.