On the home straight 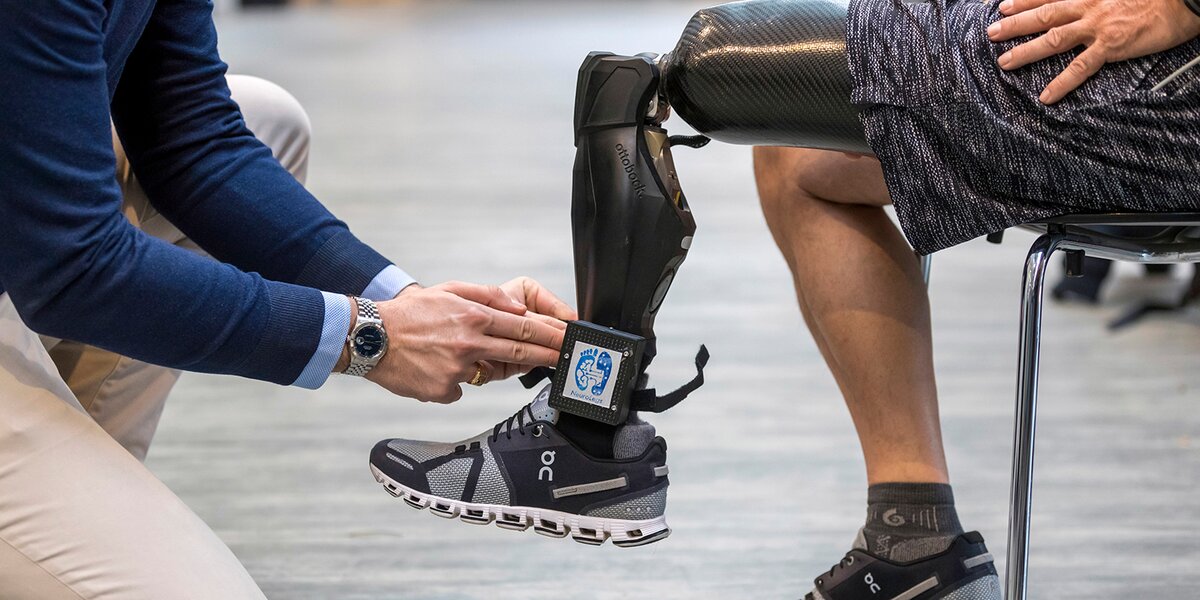 On 13 and 14 November 2020, some 60 teams from all over the world will compete at CYBATHLON 2020. It’s the high point that pilot Stefan Poth has been waiting for – postponed by months due to the pandemic. At last, he can show what he can achieve when wearing a leg prosthesis.

“The biggest challenge are the stairs,” says Stefan Poth. The 55-​year-old Swiss man lost his left knee and lower leg in 2013 when a car crashed into his motorbike. But he was never going to let this restrict his life. Even during his rehabilitation, he was emphatic: “I don’t want to hide, I want to deal with it openly.” Whereas many amputees would be ashamed to. Early this year, he was still travelling around West Africa off-​road, and in his free time, the businessman plays wheelchair tennis. On 13 November 2020, Stefan will compete in the CYBATHLON for the first time, as pilot of the NeuroLegs team from the ETH Zurich Institute of Robotics and Intelligent Systems.

The tricky thing about going up or down stairs is that first one leg and then the other must be bent at a right angle, and neatly placed on the next step, then the weight shifted and the foot subjected to load. In addition, with most prostheses, all the power must come from the thigh. It’s a complicated process and all the more difficult for wearers of leg prostheses, as they can’t feel whether they have positioned their foot far enough onto the step, and must keep looking down to check.

“We want to restore feeling for amputees like Stefan,” explains Giacomo Valle from the NeuroLegs team. As a member of the research group at the Neuroengineering Lab led by ETH Professor Stanisa Raspopovic, he is working on a device that supplies real-​time sensory feedback to the wearer. A specialised sole on the foot measures the load and sends it via Bluetooth to a control system, which in turn generates vibrations on the thigh. When weight is applied to the toes, it vibrates at the front of the thigh; when applied to the heel, it vibrates at the back of the thigh. “The greater the weight on the foot, the stronger the vibration,” explains Valle. This technology should not only boost Stefan’s confidence in everyday life, but also give him a good chance of a place on the podium at the CYBATHLON.

But even armed with the latest technology, pilots are pushed to their limits on the CYBATHLON racecourses. “In the most difficult challenge, I have to balance on a beam while carrying a bucket of sand with one hand,” explains Poth. This involves shifting his weight from one foot to the other while balancing, and at the same time carrying a load on one side. “That takes a lot of concentration,” he says. What’s more, he must master the task as swiftly as possible.

Stefan takes the postponement of the event from May to November pretty calmly: “That’s just how it is.” After his accident, he wrestled with death for days and had to turn around his whole life; a pandemic is not going to rattle him. “It’s just a pity that the audience can’t be there live,” says Poth. He was looking forward to competing in front of 5,000 spectators. In the summer of 2019, he relished the atmosphere when he took part in the CYBATHLON Series in Germany and in Weltklasse Zürich at Zurich main station. 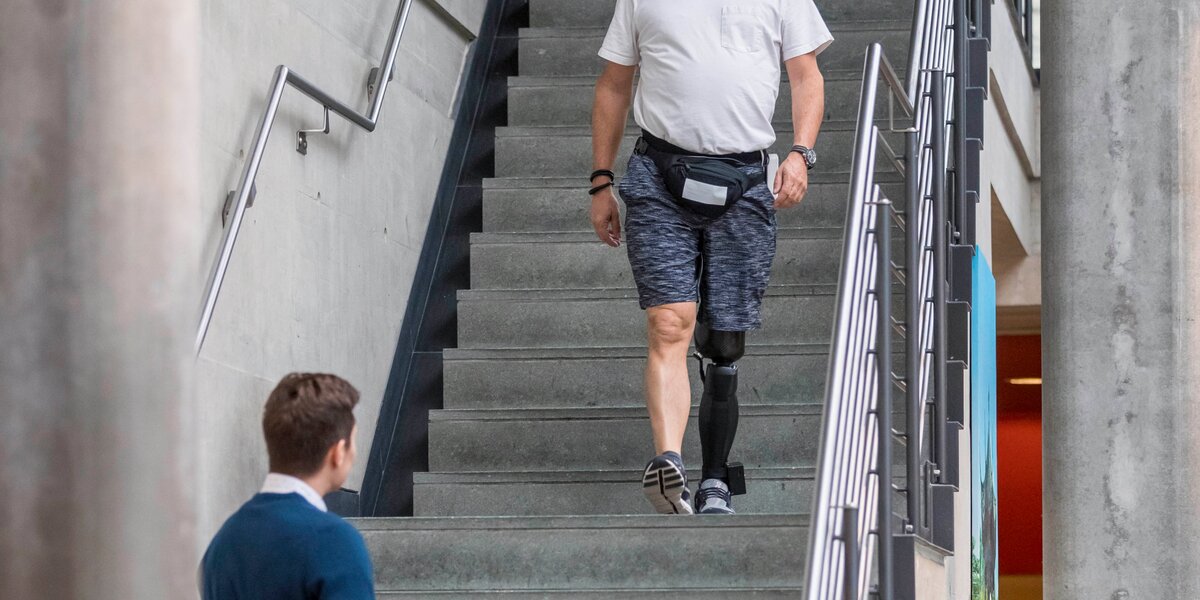 Flawless to the finishing line

But next month, he’ll be battling it out along with the pilots from nine other Swiss teams, in the Arch_Tec_Lab on the Hönggerberg campus, where their races will be filmed. The 50 or so teams around the world will also be tackling the courses at staggered intervals, grouped together in national hubs; with their performances filmed and sent to ETH Zurich in real time. There the recordings from all over the world will be compiled for the big live broadcast.

It’s hard for Stefan to rate his chances of winning. But more than anything, he wants to master all the challenges without making a mistake. “Of course, I’d be delighted if the NeuroLegs team take first place, but for me personally, being part of the CYBATHLON is a victory in itself,” he says. “This is how I can draw attention to the problems that people with disabilities face, and help push research to the next level.”

The original version of this text has been published in the ETH News.